TIMELINE OF EVENTS CONTRIBUTING TO DECLINE IN CONTAINER SHIPPING

2004: Reduction in service. Two of the Port of Portland’s transpacific containerized services (K-Line and Hyundai) left Portland in response to service issues and the relocation of a few frozen potato processing plants away from the river system. With this, the Port of Portland lost direct service to Japan, which greatly impacted the Ports of Pasco, Umatilla and Lewiston. At this time, approximately 40 percent of the Port of Lewiston’s container volume was exported to Japan.

2008: Great Recession. Fewer exports and increased competition for cargo resulted in lowered container volumes through Portland and Lewiston. Significant reduction in container volumes were documented at both East and West Coast ports.

2010/11: Three-month lock closure. The river system was closed to all upriver traffic for major maintenance projects and cargo was diverted to rail and roads. Efforts were made to incentivize shippers to return to the river system after the closure and volumes improved for 2012.

2011 to present: Issues develop between ICTSI, the operator of the Port of Portland’s container terminal – Terminal 6 – and International Longshoremen and Warehouse Union (ILWU). For example, ICTSI instituted a requirement of 100 minimum containers to work a barge, which was later elevated to 150 minimum. Costs for “dead time” and labor were also passed on to shippers and carriers in a somewhat unpredictable manner. Although barging containerized freight is significantly cheaper than trucking, some shippers began to favor alternative routes because they did not know exactly what the terminal charges in Portland would be and they were uncertain their container would make the intended ocean vessel due to management/labor issues.

2014: Labor disputes arise between the Pacific Maritime Association and ILWU. This stalled operations at West Coast ports until resolved in early 2015. After an agreement was reached between PMA and ILWU, issues between ICTSI and ILWU remained. 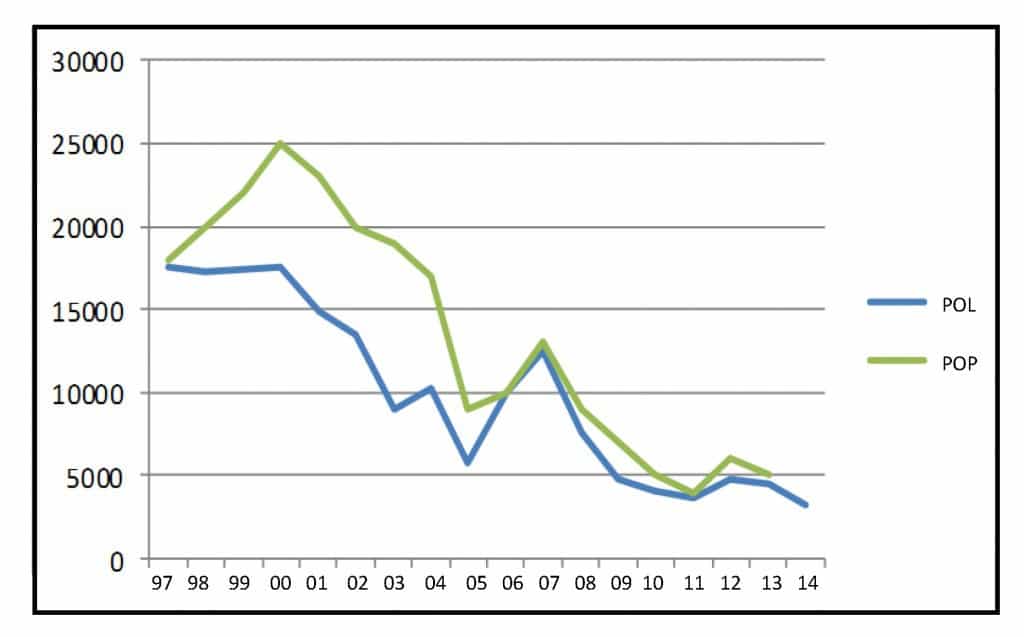