The Port of Lewiston is open for business for break/bulk, specialty and oversized cargo via the river system. We are strategically located and offer an equitable, alternative route for bulk cargoes destined into Canada, Wyoming, Montana, North Dakota and beyond.

The Port’s location next to US Highway 12 allows for direct link to markets in Montana, while the Port’s proximity to US Highway 95 allows for links to Boise, Idaho, and US-84 to the South, and Spokane, Washington and US-90 to the North.

A feeder line of the Great Northwest Railroad provides the Port with a direct link to the main lines of the Union Pacific and Burlington Northern Railroads.

Container on barge service is temporarily suspended. However, starting in Jan. 2018, the Port of Portland announced that Swire Shipping will begin offering container and general cargo service at the port’s Terminal 6. We are hopeful that the resumption of container steamship service at Portland will eventually lead to the return of container on barge service to the Columbia-Snake River System. Contact Kim, Port of Lewiston Traffic Manager, at 208.743.3209 to inquire on container shipping status.

The Columbia-Snake River System is part of our nation’s “Marine Highway” designated as The Inland Marine Transportation System, managed by the U.S. Army Corps of Engineers. Together the inland and coastal waterways handle one-sixth of the nation’s industrial materials, commodities and products. The Port of Lewiston, strategically located, is at the furthest end of the Columbia-Snake River system, 465 river miles inland, and offers an equitable, alternative route for destinations into Canada and the U.S. Midwest.

There are eight dams and navigation locks on the Columbia-Snake River System; four on the Columbia River and four on the Snake River. These navigation locks permit vessels to pass from one water level to another as they proceed up or downstream between Portland/Vancouver and Lewiston, Idaho. The vertical lift of the rivers between these two points is 730 feet. The standard size lock in the system in 86 feet wide and 675 feet long. The river channel is a minimum of 14 feet deep. Loaded barges average 10 feet of draft, while tugs draft between 11 and 12 feet.

This route is a viable alternative for logistics companies representing companies who have oversize equipment destined for the interiors of Canada and the U.S. Midwest. The carbon footprint, transportation, permitting and strategic planning costs of utilizing this route is significantly less than shipping through alternate marine routes importing into the United States with the same destination. For route and permitting information, visit Idaho Transportation Department website. 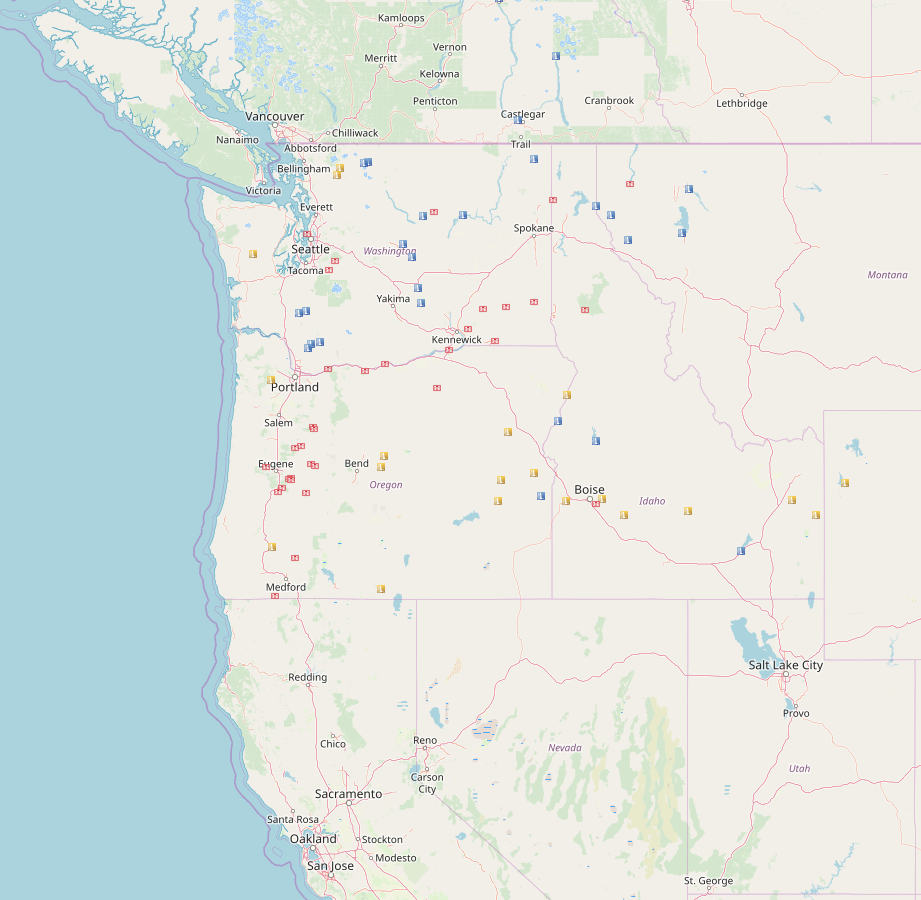