Dams on the Columbia and Snake rivers provide clean, renewable, climate-friendly electricity for the Northwest. Northwest dams provide nearly 60 percent of the region’s electricity under normal rain and snow conditions. Almost two-thirds of that output comes from federal hydroelectric projects on the Columbia and Snake Rivers, according to information from Northwest River Partners. Because of clean renewable power, the Northwest’s energy “carbon footprint” is half of that of other parts of the country.

Snake River Dams are able to provide even more energy at a moment’s notice. This peak power helps us deal with power emergencies, as hydropower can come on line swiftly, unlike other energy sources. The Lower Snake River Dams play an important role in keeping our power system reliable. These dams produce significantly more energy than others where removal is/was advocated.

Annual amount the Bonneville Power Administration has estimated it would cost to replace the Lower Snake River dams’ capacity and energy while maintaining system reliability with natural gas.

BPA estimates CO2 admissions would increase by at least this much each year without the Lower Snake River Dams.

The Lower Snake River Dam produces over 1,000 megawatts of carbon-free, renewable energy annually. This is enough to power a city like Seattle!

Hydropower makes up 90% of the Northwests Renewable Energy

Hydropower is used to balance the ups and downs of wind  and solar energy.  A system with as much clean energy as possible requires hydropower, wind and solar working together. 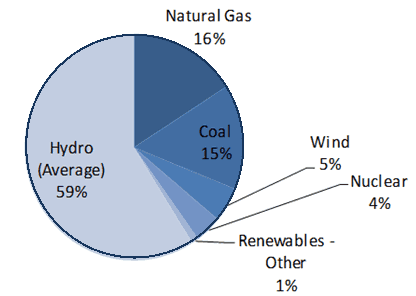 The 2013 breakdown of resources for northwest utilities demonstrates the role hydropower plays in our region and the need to add to our clean energy sources, not subtract from them. 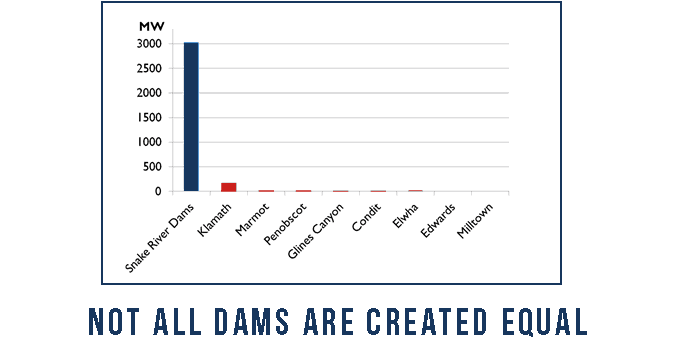 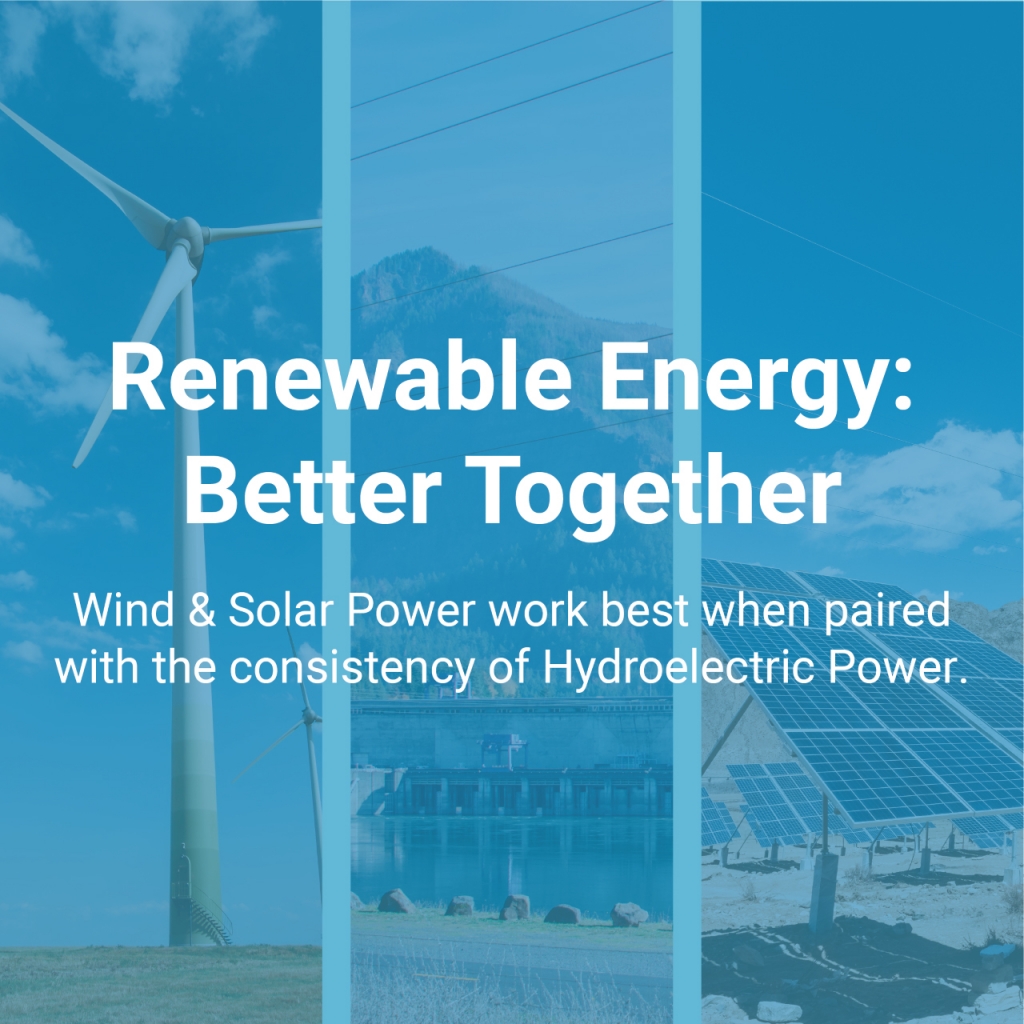 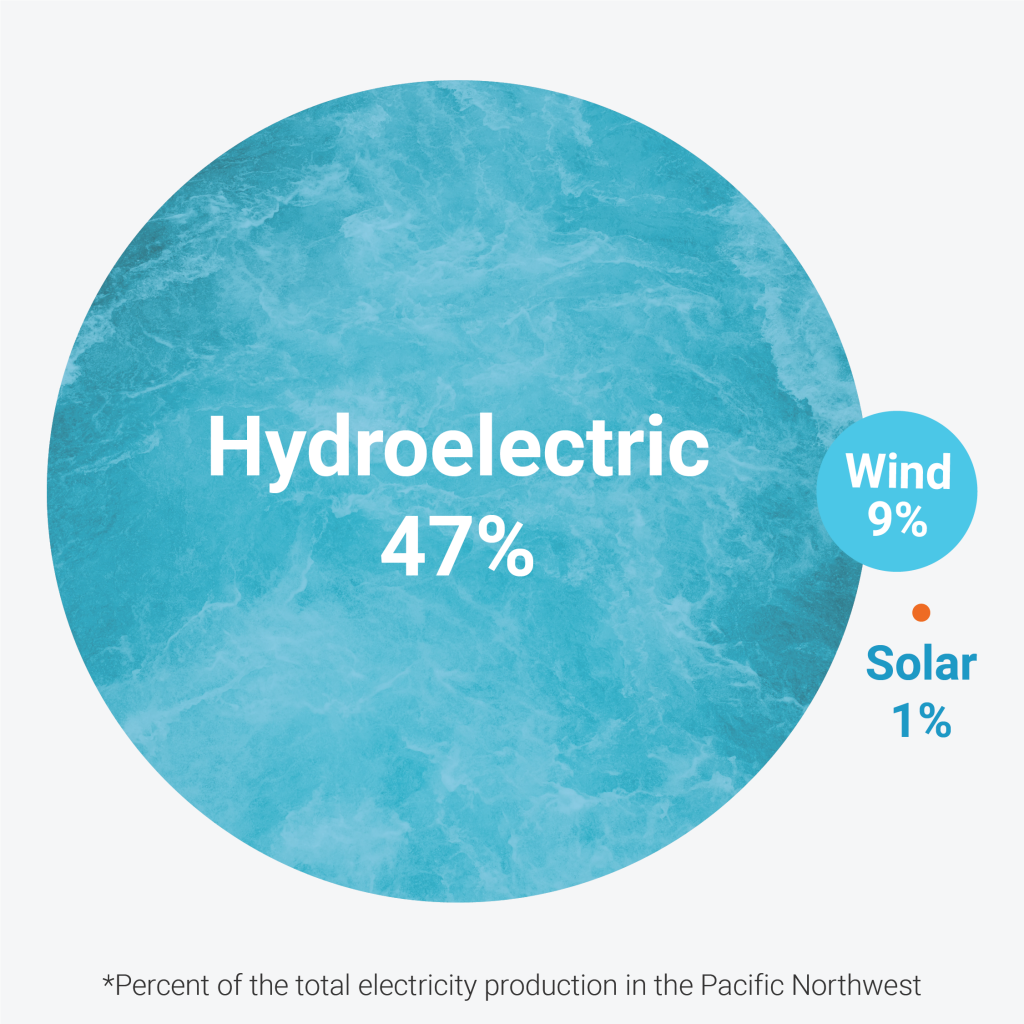 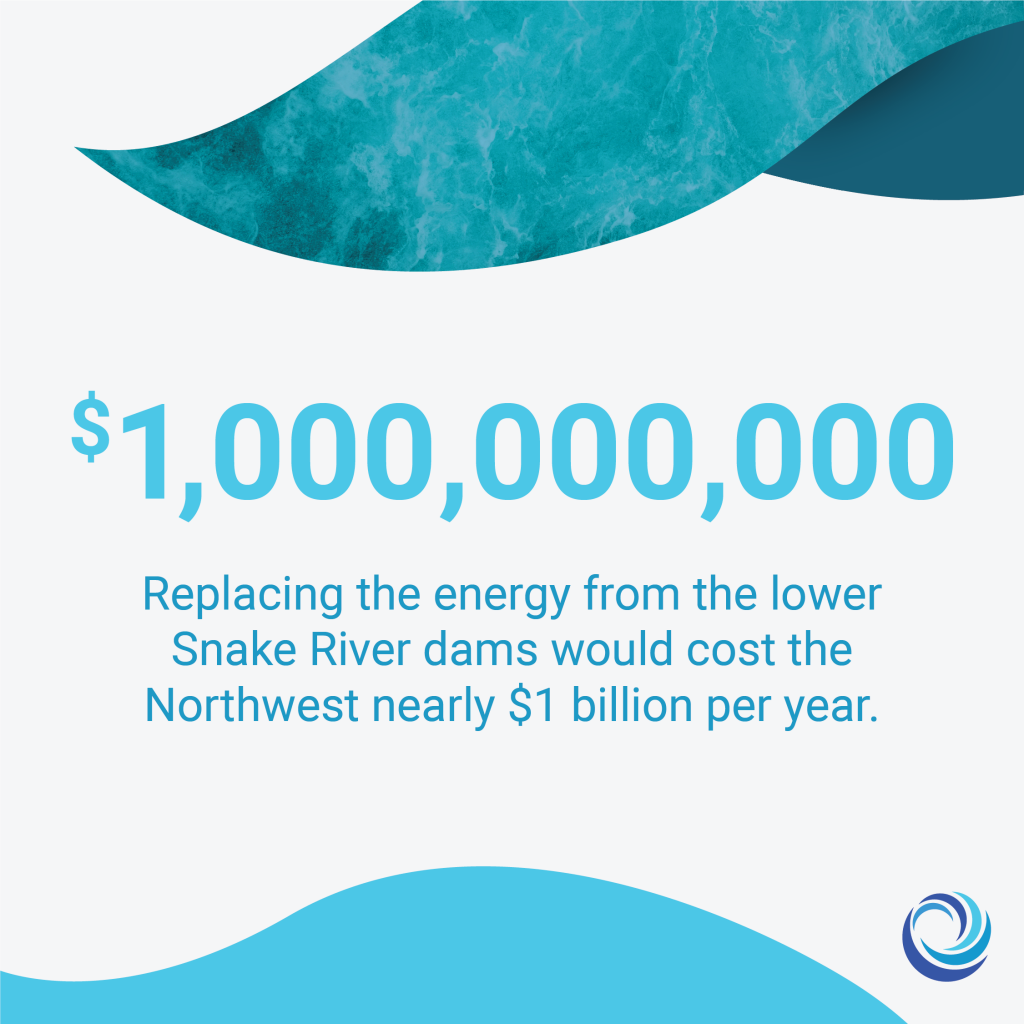 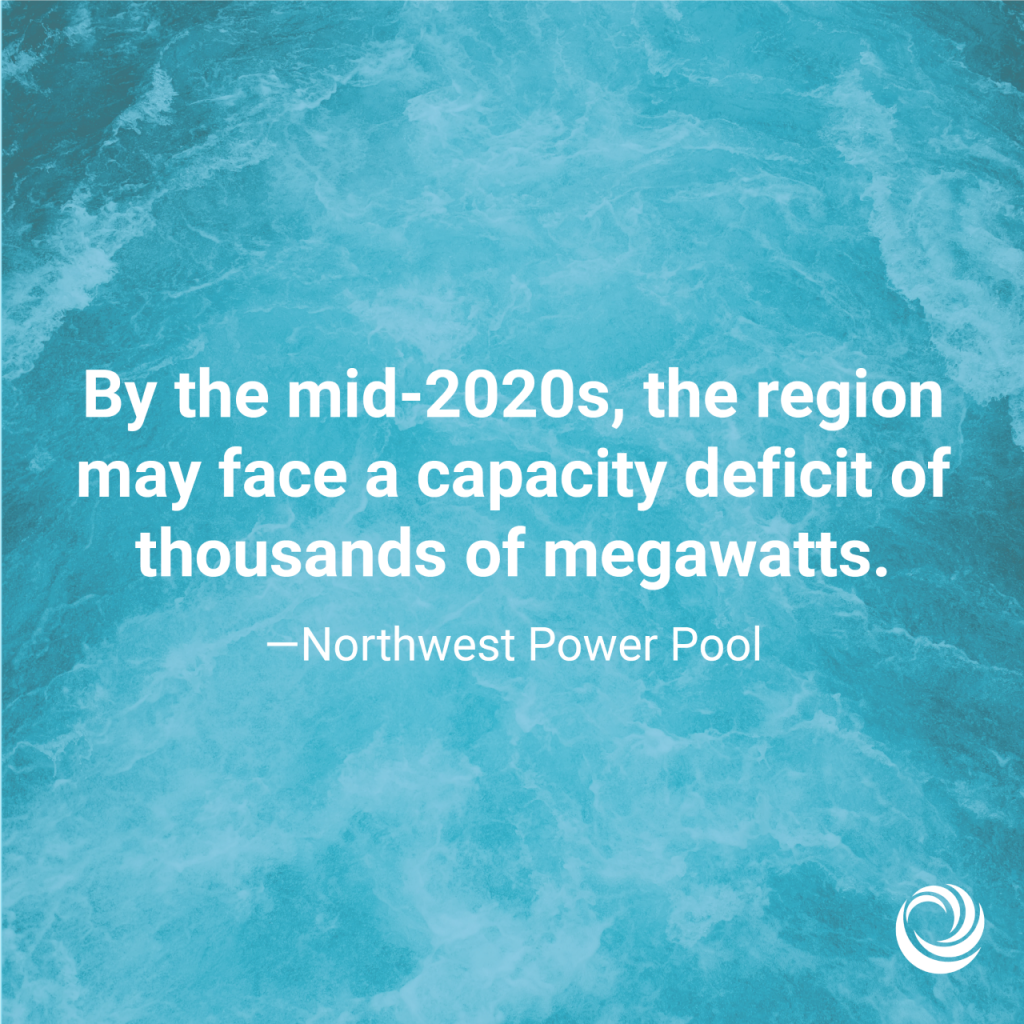 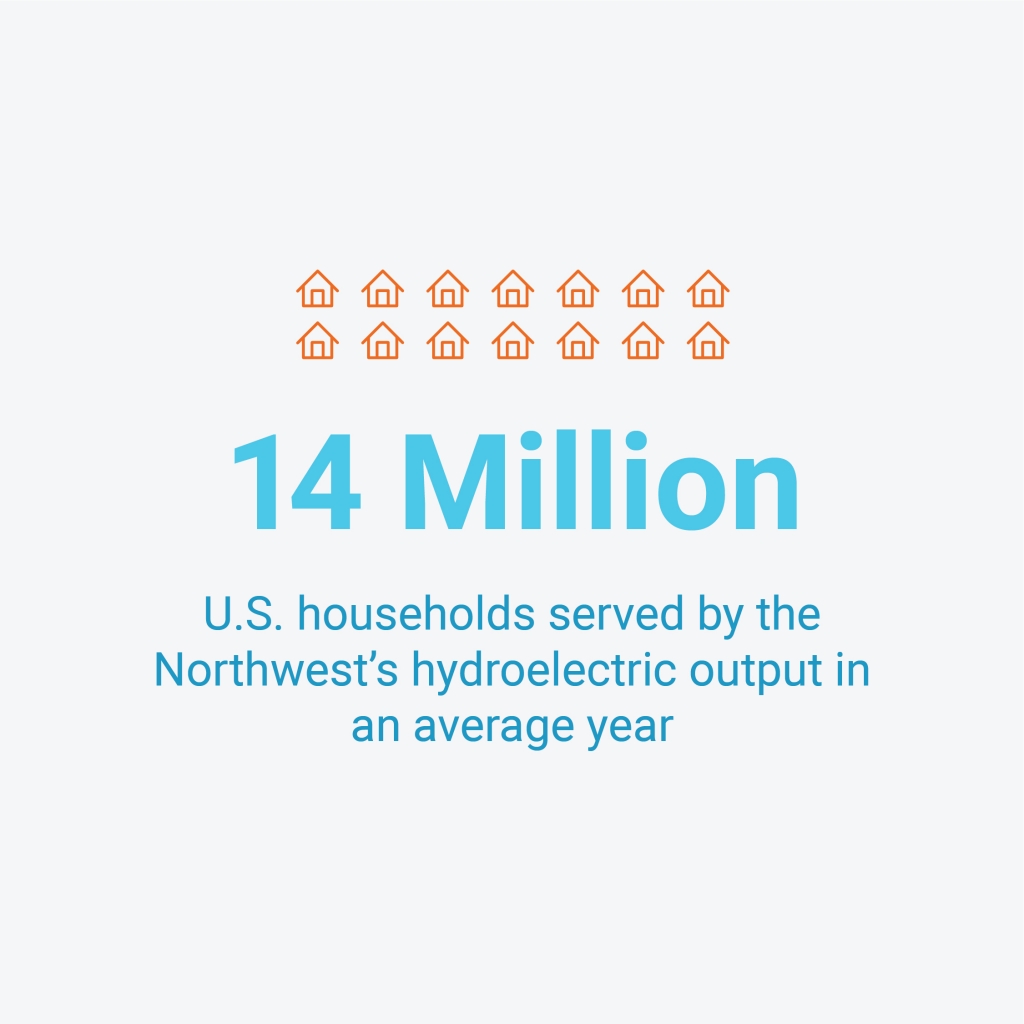 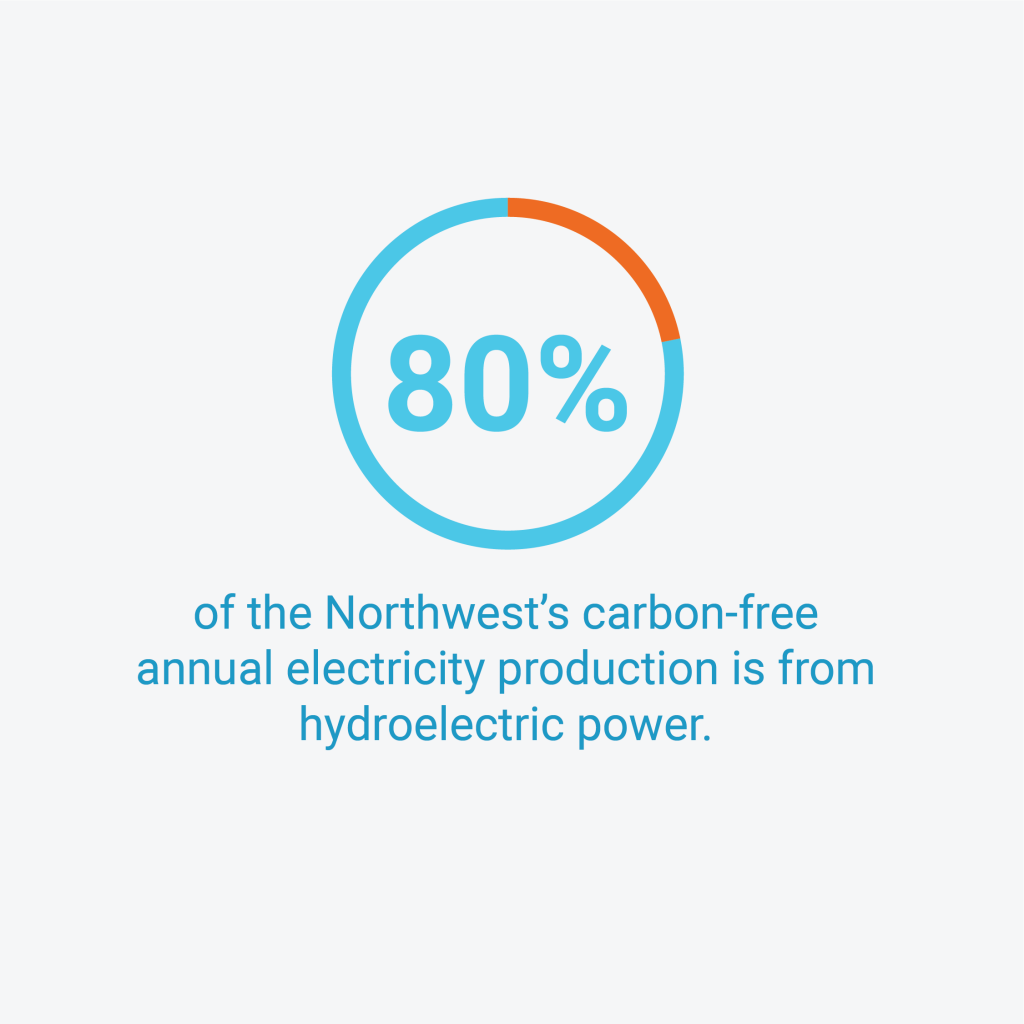 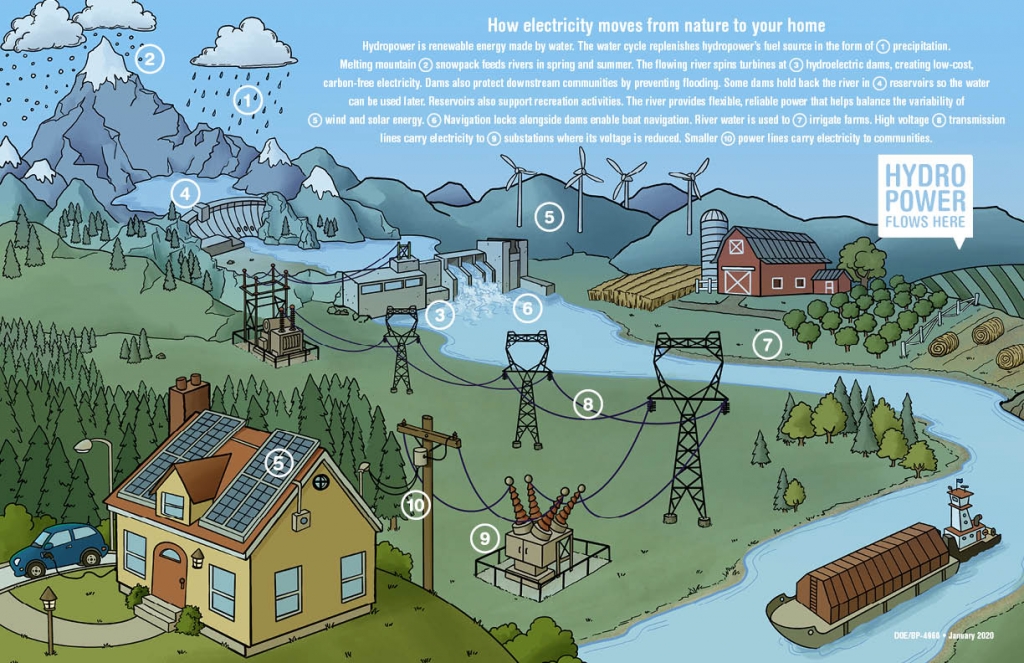