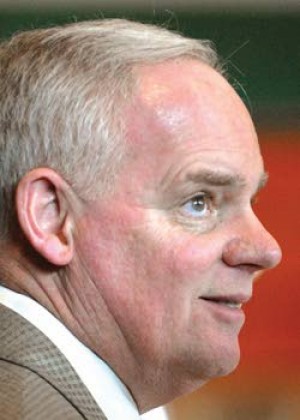 Thursday, September 8, 2011 | By ELAINE WILLIAMS of the Tribune The Lewiston Tribune

A proposal to ship about 200 Imperial Oil megaloads on U.S. Highway 12 cleared a significant hurdle Wednesday.

The director of the Idaho Transportation Department made a final order that allows his staff to issue permits for the shipments that take up two lanes of traffic.

The decision comes almost four months after a contested case hearing ended in which opponents Imperial Oil and ITD testified before a hearing officer who previously wrote a recommendation siding with Imperial Oil.

The decision of Brian Ness, ITD’s director, was based on a number of factors, including that the administrative process was followed properly and all sides had an opportunity to present their case, according to an ITD news release.

Future Imperial Oil loads on U.S. 12 will need to follow the same requirements as a test module that went in April, such as having to pull over every 15 minutes to allow traffic to pass, according to Ness’s order.

No rig could exceed the size of the test module, according to Ness’s order. The test module was three stories high, 24 feet wide and almost 250 feet long from the front of a pull truck to the back of a push truck. It weighed 490,000 pounds counting the hauling equipment.

ITD’s engineers would verify no changes occurred in the condition of bridges or the highway, according to the order.

Opponents have 14 calendar days to challenge the director’s order, said Adam Rush, a spokesman for ITD in Boise.

Imperial Oil can’t predict how soon any of the shipments will travel from the Port of Lewiston to Montana and on to their final destination at the Kearl Oil Sands in Alberta, Canada.

A preliminary injunction in Montana blocked Imperial Oil from constructing 53 highway turnouts and modifying 22 more so it can meet state rules about pulling over to allow traffic to pass, said Pius Rolheiser, a spokesman for Imperial Oil in Calgary, Alberta.

Imperial Oil filed a motion requesting the injunction be lifted or modified and a hearing on the matter is set for Sept. 22, Rolheiser said.

Until Imperial Oil has the infrastructure it needs in Montana, it won’t use U.S. 12 in Idaho, Rolheiser said. “Clearly our transportation of modules on the Idaho portion of U.S. 12 is contingent upon our ability to move these modules onward through Montana.”

The oil company has been using other ways to get the Korean-made pieces of a processing plant to the oil sands.

Ten have gone on U.S. Highway 95 and Interstate 90 including one supposed to start Wednesday evening. They were among 33 loads shipped to the Port of Lewiston in the fall of 2010 then turned into 70 shorter shipments capable of traveling underneath Interstate overpasses at a cost of about $500,000 per module.

As of early August another 49 had been off loaded at the Port of Pasco where Imperial Oil is seeking permission to use a combination of four-lane highways and interstate to get them to Canada.

Others have started their road journey from the Port of Vancouver where they’re unloaded from ocean going vessels.

Calls left for the opposition Wednesday were not immediately returned.

In spite of the difficulties in getting permits for the loads, the Kearl Oil Sands project hasn’t been delayed, Rolheiser said. “We remain on track to start by the end of 2012 and that’s the original schedule.”